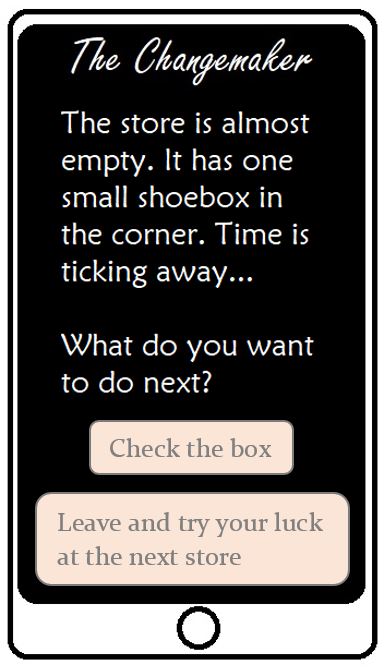 Its a text based first person role playing game based on logical puzzles. No graphics. However it is choice based, so multiple story-lines to the same game, which can be played over and over again.

The concept is for Indian urban market – for android phones with small batteries and small memories. The urban workforce mainly commutes via cabs/ buses and usually, due to traffic problems, this is a long commute. Options that exist today are all in english, not very mentally engaging and battery draining. None cater to the regional language market.

They play candy crush/ temple run, talk on the phone with relatives/ friends or sleep

It will be provide for regional language options, simple text options, and a battery efficient alternative to solve puzzle based games during commute.

Ads and premium paid for storylines

← Thankscoach (or coachable) The JustUs App →