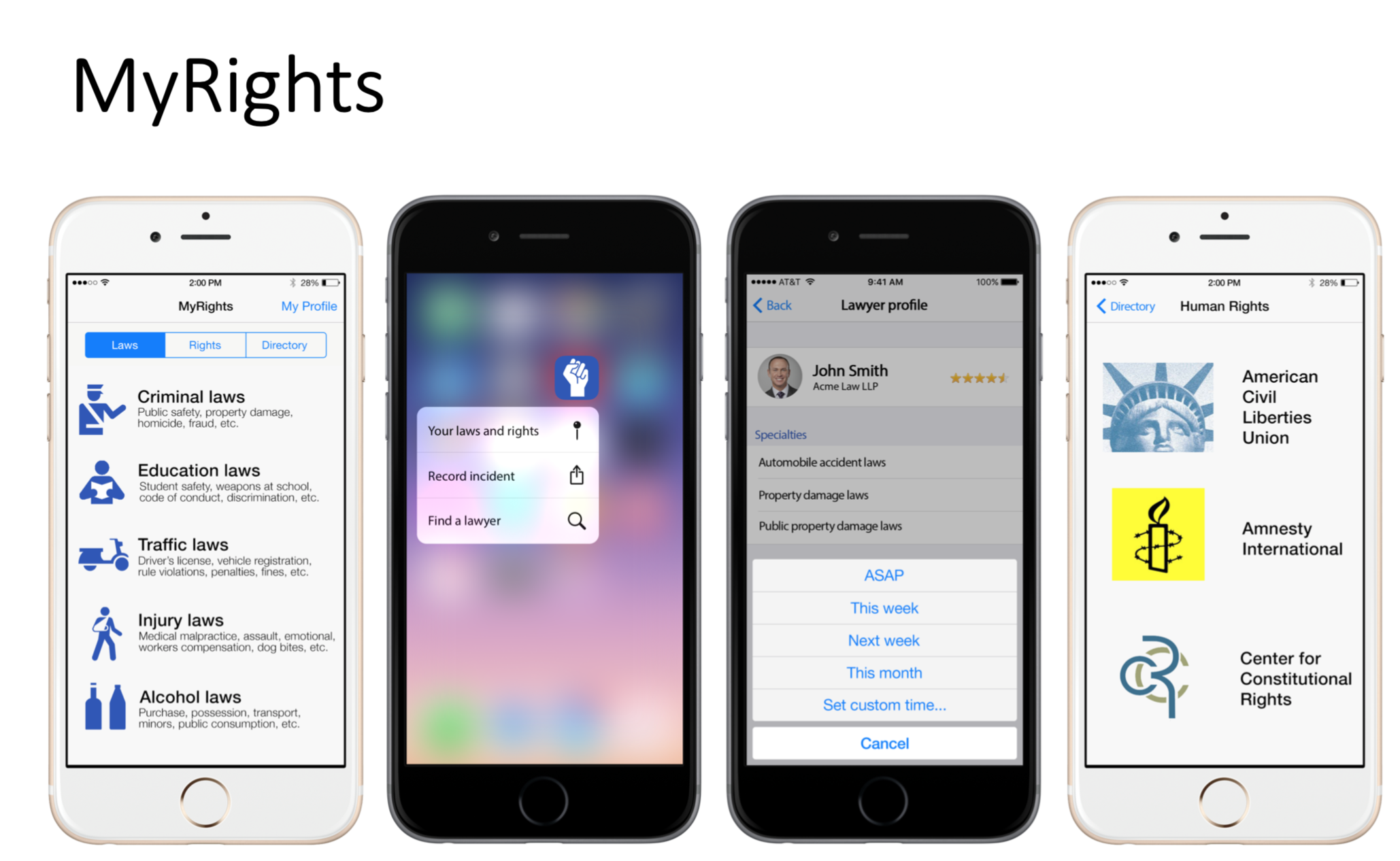 Lawyer on your Phone

The main function of MyRights is to give users easy-to-understand knowledge about laws that are relevant to your legal issue based on user’s keywords.

MyRights does marketing for lawyers based on their practice. Services which do advertisements on mobile platforms are our strongest competitors (Facebook, Google etc.)

Additionally, Thomson Reuters’ service FindLaw is also a competitor that offers a similar service. However, MyRights tackles the problem with a novel approach.

MyRights helps users find laws that will inform them about their legal situation on the app. The platform will be intuitive and use your phone’s GPS location to sync and display the relevant laws to your case directly where you are. Additionally, it has access to the best lawyers in the area that it can connect you with seamlessly based on the user’s keywords.

MyRights monetizes 2 things: search and data. In the short-term, lawyers will be advertised on the platform and shown to people who search keywords that are associated with their practice. In the long-term, MyRights will be able to harness data from the vast amount of searches in each area and can sell that data to a variety of industries.