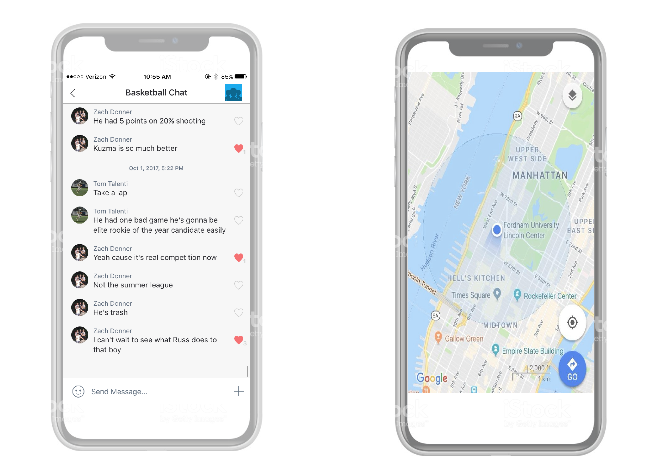 Our app is Yik-Yak with intended topics and less anonymity. The app will bring nearby users into a group chat to talk about common interests.

It is difficult to meet new people who share a common interest through current social media methods. Our app helps to bring people that have similar interests together to interact. This will be especially helpful for college students on large campuses or meeting new people in the city.

Our main competition is the recently created app Islands. This app is used exclusively on a few campus’ around the country(less than 30 currently). The app is Geo-locked to college campuses only and has no intention of changing this in the future. The app creates group chat topics for students that they can use to communicate with other college students on their campus. Users can also only join the app with an invite code.

Our app gives users a far greater amount of freedom over their experience. Users create the chat’s topics and parameters themselves, which allows for more creative freedom. Additionally, users set the radius for location on who can enter the chat instead of it being geo-locked, which allows for greater scalability.

Will will create revenue in our app in several ways. The primary driver of revenue will be through location-based advertising. This will take advantage of the location-based nature of the app. We will, at least initially, keep the advertisements on the lower end as user growth increases. This will allow the users to use the app and enjoy it without being put off by the advertisements. The advertisements will also be integrated directly into the app so that they do not significantly affect the user experience. We will also generate revenue with in-app purchases. This will include things such as turning off ads and adding personalized additions to the user profile such as improved avatars. Adds can also utilize the tag system to more specifically target their group of focus. For instance, a person with an athlete tag would receive advertisements for athletic wear.